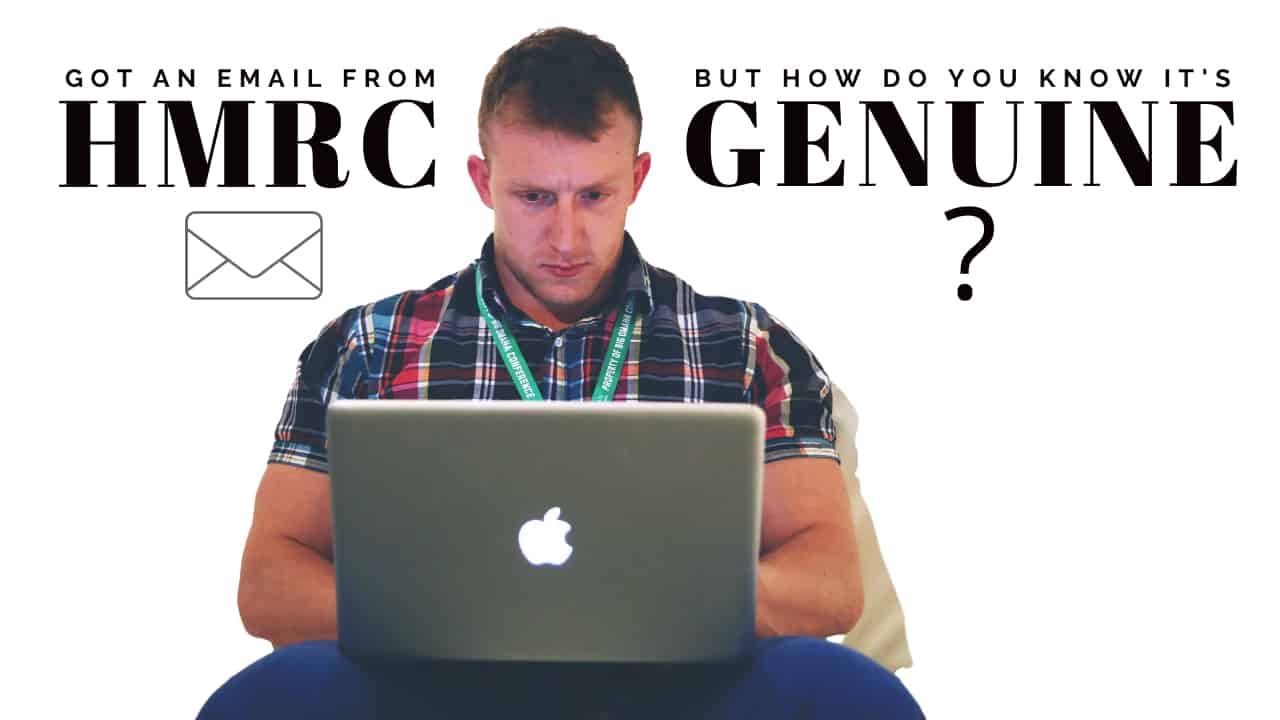 Ever received a suspicious email from HMRC?

This is how I dealt with it.

And how HMRC dealt with it.

I think it will surprise you.

Action Fraud is the UK Police’s national reporting centre for fraud and cybercrime.

And it tells us how to spot a fake email. For example…

The email does not use your proper name, but uses a non-specific greeting like “dear customer”.

We would expect that if anyone will know your name, it’ll be the taxman!

So when I did receive an HMRC email addressed to Dear Customer, I was suspicious.

Then I checked something else, which confirmed my suspicions:

No, I didn’t actually click the links. If you hover your cursor over a link, the URL is displayed at the bottom of the screen.

By doing that, I discovered the links would have taken me to somewhere other than HMRC’s website (although they were made to look genuine).

Reporting The Suspicious Email to HMRC

So I did two things:

What happened next was very interesting.

As tends to happen with Twitter, the response was quick.

HMRC told me the email is a scam.

But on the following day, HMRC’s Phishing Department replied to my email.

Talk about being perplexed!

So I emailed HMRC again for clarification.

Not to the reply address because, as you can see, it’s a noreply email address. Yep, I bet they get fed up with people sending them messages about suspicious emails that go against Action Fraud’s good operating practices.

But I asked HMRC to address me by name in any future correspondence.

So is HMRC now addressing people correctly by name?

See what I did there!

If one of your officials reads this, please would you address your humble subjects by name, so that we don’t ignore your emails and get ourselves into trouble by ignoring some important communication.

Should I sign it as Customer and see what happens?

Now listen to it.

I write a short email every few weeks and send it to those people fortunate enough to have joined my email list.

If you want to be one of those privileged people who receive it, pop your details in the box below and I’ll include you in the next one.